Report shows Chicago as the most corrupt city in U.S

A new report from the University of Chicago has shed light on the U.S. cities and states with the most public-sector corruption. Co-authored by UIC professor and political advisor Dick Simpson, the report is based on an analysis of public corruption statistics released by the U.S. Department of Justice.

Across all states and Federal Judicial Districts in the United States, there have been 19,634 public corruption convictions over the past ten years. In 2018 alone, 695 public official, federal employees and government contractors were convicted of public corruption.

The research found that Chicago remains the most corrupt city in the United States with the Illinois-Northern Judicial District recording 1,750 public corruption convictions from 1976 to 2018. It was followed by Los Angeles with 1,547 and New York’s Southern Judicial District with 1,360. The data also highlights the extent of the problem across all 50 states and the District of Columbia.

D.C. had the highest number of public corruption convictions per 10,000 inhabitants between 1976 and 2018 with 16.79. This is due to several factors such as a comparably low population but also because it is the center of national government and the location of the Department of Justice.

Nearly all of the country’s federal agencies are housed there with large staffs of government employees who are able to monitor and investigate offenses. Louisiana comes second on the list of per capita convictions with 2.62 per 10,000 inhabitants while Chicago’s high number of offenses ensure Illinois comes third with 1.66. 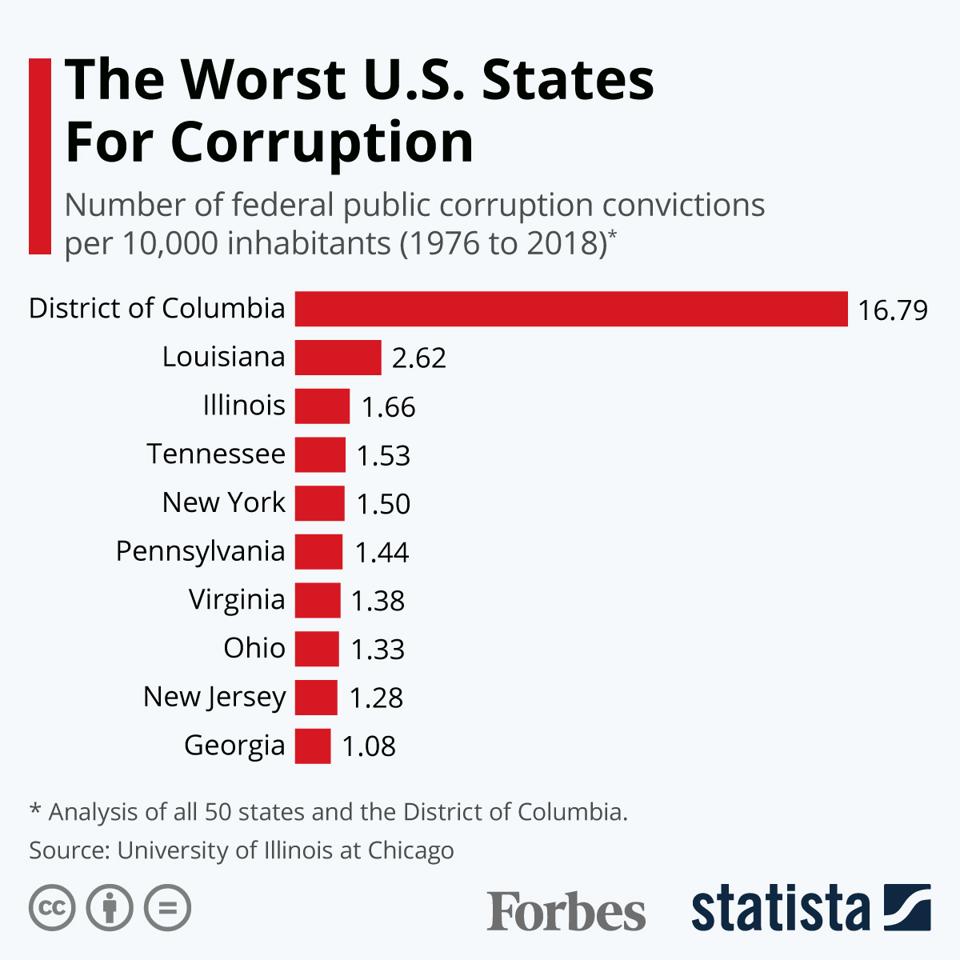