Kansspelautoriteit has fined another erring gambling operator for targeting Dutch customers without being authorized to provide its services on the territory of the Netherlands.

In a statement issued earlier today, the Netherlands Gambling Authority said that it has slapped a €350,000 fine on ElectraWorks Limited, a Gibraltar-based subsidiary of gambling powerhouse GVC Holdings that operates the bwin.com gaming and betting website.

Kansspelautoriteit said that an investigation conducted by the regulator has discovered that Bwin, for a certain period of time, offered online gambling services to Dutch gambling customers. The regulatory body said that this was evident from the website’s use of popular Dutch payment method iDEAL.

Under Netherlands’ current gambling law, providing online gaming and betting services without a license by Kansspelautoriteit is prohibited. However, obtaining a license by the regulator is pretty much impossible under the country’s gambling rules.

Bwin has become the latest operation to be imposed a fine by the Dutch gaming regulator for servicing local players. Other businesses to have landed in hot water for their Dutch dealings since the beginning of the year include the owner of Casino.com, ONISAC, and 1xBet.

Earlier this year, the Dutch Senate finally passed, after years of delays, the Remote Gambling Bill to pave the way for the reorganization of the nation’s online gambling market. Dutch lawmakers and gambling regulators expect to open the market to locally licensed international operators on January 1, 2021.

ElectraWorks Faced Regulatory Scolding in the UK, As Well 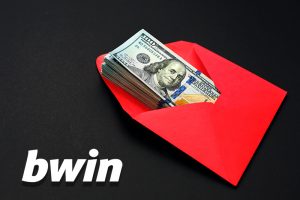 ElectraWorks being slapped a €350,000 fine by Kansspelautoriteit for its Dutch-facing operations was not the company’s first penalty by a regulator. In February 2018, the operator was imposed a six-figure fine by the UK Gambling Commission.

The UK regulator issued a £350,000 fine on the gambling operator for repeatedly misleading customers with ads relating to free bonus offers. ElectraWorks also received a formal warning for failing to ensure that the person who was responsible for marketing held the necessary personal management license by the Gambling Commission.

It was last week when Ladbrokes Coral, another operation owned by GVC, was imposed a £5.9 million penalty, one of the largest slapped by the UK Gambling Commission. In a statement on its official site, the regulator explained that the massive fine was prompted by a series of violations made by the operator between 2014 and 2017 that resulted in harm being done to its customers.

The Commission further detailed that Ladbrokes Coral failed to “protect customers from gambling harm” and prevent its products and services from being used for money laundering.

Ladbrokes Coral became part of the GVC group last year in a £3-billion-plus deal that created one of the world’s largest gambling operators with presence across multiple markets and across all verticals. GVC acquired Bwin back in 2016 in a deal valued at around £1.1 billion.